“To everything there is a season and a time to every purpose under the heavens.” 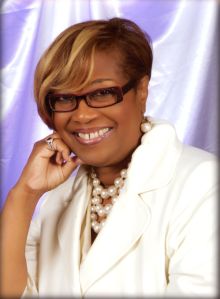 This is the biblical quote Beverly Robertson, president of the National Civil Rights Museum used to begin our conversation.

She quickly followed with its special relevance to her at this point in time. “I recently announced my retirement from the museum because I believe it is time. On March 1, 2014, the National Civil Rights Museum will re-open the historic Lorraine Motel after an 18 month, $28 million renovation. An additional $12 million is being raised to support the first ever major endowment for the museum to secure the life of the institution. This tremendously challenging accomplishment along with so many other successes and challenges over the past 16 years have led me to realize that I have had my season. It has been an honor to work at this sacred place, but even the best of leaders must know when it is time to go. People who lead understand that they have a season. They also understand that exits are better done when individuals are at the pinnacle of their success.”

The National Civil Rights Museum showcases the history of the African American struggle for civil rights within the context of a global struggle for human rights. It holds a vision for us of a world dedicated to creating opportunity for the disenfranchised.

Located in Memphis, Tennessee at the former Lorraine Hotel – the site of the assassination of Dr. Martin Luther King Jr, – the National Civil Rights Museum has steadily expanded and updated exhibits and curriculum.  Over 3.5 million people have visited since its opening in 1991 – an annual average of 200,000 visitors. It is an educational and cultural site of conscience for visitors from around the world.

Under Robertson’s leadership the museum has stayed focused on fundraising. To date, $25.2 million has been raised for renovations, and $2.2 million for endowment. Robertson has also grown the museum’s annual fundraising which includes direct mail, personal solicitations, and The Freedom Awards, their annual gala. The Freedom Awards, honor individuals who have made significant contributions in civil rights and have laid the foundation for present and future leaders in the battle for human rights. This year awards were presented to Mary Robinson, first female president of Ireland and human rights champion; Geoffrey Canada, CEO and president of Harlem Children’s Zone and a leading advocate for education reform and equality; and Earl Graves, founder and publisher of Black Enterprise Magazine, activist for black consumer and black business power. The event raised over $490,000 and was one of their most successful.

“I have always wanted to leave people and organizations for whom I have worked much better than I found them,” Robertson said. “I can only hope and pray that this is part of the legacy I leave when I depart the National Civil Rights Museum on July 1, 2014.” Beverly Robertson – we salute your leadership.

Learn more about the National Civil Rights Museum at www.civilrightsmuseum.org.

Mel and Pearl Shaw are the authors of “Prerequisites for Fundraising Success” and “The Fundraiser’s Guide to Soliciting Gifts.” They provide fundraising counsel to nonprofits. Visit them at www.saadandshaw.com. Follow them on Twitter: @saadshaw.