Leadership and Fundraising: No Money No Mission 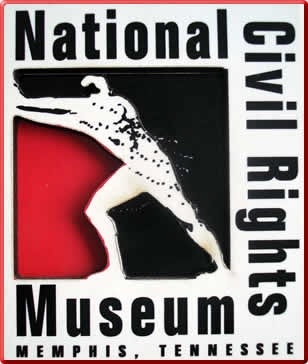 “…the true leader can be recognized because somehow or other his people consistently turn in superior performances…. A leader is great, not because of his or her power, but because of his or her ability to empower others.  Success without a successor is failure.”  This quote from Robert Townsend was used by Jeanette OBryant, Development Coordinator at the National Civil Rights Museum as she introduced her boss, outgoing museum president Beverly Robertson.

She concluded her remarks with Townsend’s words: “Loyalty to the leader reaches its highest peak when the follower has personally grown through the mentorship of the leader.  Why? Because you win people’s heart by helping them grow personally.”

These words capture the essence of Robertson. She has a strong respect for her staff and has provided them with opportunities to grow and assume leadership. And, she is leaving the museum in a strong position for her successor to build from.

The event we were attending was an intimate breakfast at the newly renovated museum that brought together former board members, volunteers, donors, supporters, staff and community members to hear Robertson’s reflections and tour the museum with her. She began by lifting up current and former staff, board members and volunteers – calling them by name and thanking them for their involvement. She made it clear that her tenure was rooted not the in the status that accompanies her position, but rather in her commitment to the museum and the legacy of Dr. Martin Luther King, Jr.

Here are qualities we observe in Robertson that contribute to her success as a fundraising leader. She makes everyone she comes in contact with feel good about their interactions with her and their support of the museum. She invites everyone to the table, while keeping her eye on the prize: raising money. She lifts up her staff, encourages them to move beyond what they perceive as their limitations, and provides opportunities for professional growth. She is a “we” not “me” person. Never once have we heard “I raised the money.” She is clear that fundraising is front and center for a nonprofit’s success. She summed it up with “No money, no mission” followed by a warm laugh that embraced the audience. In our words: you can have great ideas, but without money it is very difficult to bring them to life.

Robertson has served as president for 17 years, ending her tenure with the opening of the renovated museum and the beginnings of an endowment. She will be succeeded by Terri Lee Freeman, president of the Community Foundation for the National Capital Region, a public foundation serving the District of Columbia, suburban Maryland and northern Virginia.

We salute Beverly Robertson and we welcome Terri Lee Freeman.

Mel and Pearl Shaw are the authors of “Prerequisites for Fundraising Success” and “The Fundraiser’s Guide to Soliciting Gifts.” They provide fundraising counsel to nonprofits. Visit them at www.saadandshaw.com. Follow them on Twitter: @saadshaw.